Good copy helps your audience understand what you’re offering and whether they want to work with you.

Bad copy, on the other hand, alienates your potential customers as they struggle to understand who you are and what you can actually do for them.

These five copywriting guidelines will help you craft clear, concise and engaging copy that captures the attention of your audience and turns strangers into loyal customers.

Use shorter sentences to boost comprehension

Back in 2009, the American Press Institute published an amazing study called Readers’ Degree of Understanding. It’s more interesting than the title. Honest.

The study analysed thousands of articles across 410 newspapers, comparing the number of words in a sentence with reader comprehension.

The results were astounding.

Let’s look at an article for ourselves. The paragraph below comes from a piece by Matthew Weaver featured in The Guardian about tower block fire testing.

The government appears to be blaming councils and housing associations for the slow pace of fire safety tests on high-rise buildings after only a tenth of the 600 tower blocks potentially at risk have been tested in the aftermath of the Grenfell Tower blaze.

When we unpick the 44-word sentence there’s quite a lot going on. Three big points jump out at me.

Three points — blame, speed and progress — are included in just 44 words. If you ask someone to read that once then recall the key points, will they remember all three?

If Matthew was to break his sentence down into smaller chunks, the research says his readers will understand significantly more of the information.

When you’re dealing with complex financial information, it’s essential that your readers both read and understand the content.

Time to talk about one of my favourite studies of all time, Jakob Nielsen’s ground-breaking investigation into how users read on the web.

According to Nielsen, web users don’t read things word-by-word from top to bottom. Instead, they start by scanning the text to find exactly what they’re after and then hone in on specific chunks.

So, how do you rejig your writing style for scan-happy digital readers? Here’s Nielsen’s advice:

If you only take one thing away from this blog, make it this point! Re-read those bullet points and commit them to memory. Tattoo them on your arm. Turn them into a song. Do whatever you need to do to make those point part of your writing.

Compliant copy doesn’t have to be dull. Yes, complying with FCA regulation comes first but that doesn’t mean you should trot out uninspiring copy and use the big bad FCA as a scapegoat for your crap writing.

Don’t pack your copy with jargon just to appease the fun police and don’t water down your marketing message.

Keep working on your copy until it’s attractive to your end customers and acceptable to the folk on your compliance desk.

Let me tell you a story. A couple years ago, I was working with a now defunct finance company on a company brochure.

I wrote the copy and sent it over for approval. It came back with some fairly heavy edits and all my lovely plain English replaced with needlessly complex jargon. Also, nine instances of the word solutions.

So, I explained why I didn’t recommend jargon, whittled out the most heinous of buzzwords and sent it back.

It came back again but this time with even more jargon, even more buzzwords and even more solutions.

I sighed and whacked my head off the table for a bit. It felt a lot better.

This iterative process of de-jargoning and re-jargoning went on for about a week. Then I gave up the will to live, completely capitulated and let it go out with all the jargon included. In the end, it was more like a technical manual than a brochure.

The problem here is that jargon obfuscates your message. It muddies the water. It takes a plain English proposition and hides it behind lots of words that your potential customers don’t actually know.

And that’s just a bad idea. Why would you voluntarily confuse your audience? You wouldn’t switch out all the verbs for French, would you? Of course, you wouldn’t!

Okay, time for a couple of common objections to the anti-jargon agenda.

First, won’t I seem dumb if I use normal words?

If you speak about yourself and your products using normal English, you’ll look and sound like a normal person. Normal people are more relatable and more trustworthy — both great things when you’re trying to sell something.

If a mutual fund buyer doesn’t want jargon, no one does!

Using language that your audience doesn’t understand does not make them trust you. I mean, if they can’t understand what you’re talking about, why would they trust you?

According to an article by Brett Arends in The Wall Street Journal, when Invesco tested the phrase “institutional-quality money management,” one focus-group member asked why prison inmates were handling the cash!

The message is clear: Ditch the jargon.

The passive voice is a dreadful piece of grammar used by weasily politicians and slimy PR executives.

The passive voice removed the ‘do-er’ from a sentence, leaving a big conspicuous hole behind the verb. Who should be in that hole? Why are you trying to hide them? What’s really going on here?

Take a look at these two sentences.

The first sentence has a do-er (Dave), a do-ee (the windows) and a doing word (cleaned). It tells you who is doing what to whom. In this case, it’s Dave cleaning the windows.

He’s done a great job, too. You should buy Dave a pint to say thanks.

The second sentence doesn’t have a do-er. It’s still got the windows and it’s still got the cleaning but we don’t know who did it. Without a do-er, no one gets the credit and no one buys Dave a pint.

When I spell it out, it looks crazy that someone would ever voluntarily use the passive over the active. But use it they do.

Every week I have to put up with About Us pages that say:

Super cool financial service service number one was launched in 2009.

Who launched it? You? Your competitor? Was it Dave!?

If you did something, tell your audience that you did it. Take ownership and enjoy the benefits that come with it.

What are you waiting for? Go forth and write! 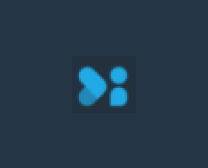 About The Author: Digital Impact Team